Just like anything else, the current pandemic has also affected the casinos in Nevada. Last week the Nevada Gaming Control Board reported a decrease of almost 40% of the revenue earned by Nevada casinos in March compared to the same month last year. The state’s gaming income in March amounted to $618 million. This is a 39.57% decline from March 2019 when casinos earned over one $1 billion. 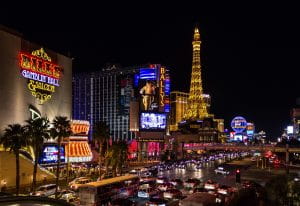 The cause of Nevada’s enormous decline in revenue is the temporary shut down of all state casinos on March 17 in an attempt to slow down the spread of the new coronavirus or known as COVID 19. The virus which is believed to originate from the city of Wuhan in China was declared a pandemic on March 11 by the World Health Organization.

Not only the casino owners are different, but even guests enjoy different games and have different budgets. Vegas Casinos won $299.9 million in March from gaming customers which are 45.67% drop from last year. On the other hand, casinos were not so struck on a percentage basis in central Las Vegas. Those casinos won $43 million which is only 25.92% less compared to last year.

Five days before casinos were ordered to shut their doors, the NBA suspended its season. Many significant sports, like the NCAA basketball tournament, known as March Madness also followed the example of NBA. This caused a fatal loss of revenue for Nevada sportsbooks even before casinos were closed.

Nevada’s sportsbooks noted a decline of 76.3% in comparison with the same period last year. What’s more, it was Nevada’s lowest monthly handle since 1993. The March Madness usually attracts less-experienced sports bettors, which means that sportsbooks generally win more wagers. On the other hand, the revenue of April is believed to be even lower because casinos were closed completely during the entire month.

Casinos in Nevada Should Open in Mid or Late May

The casinos in Nevada are expected to reopen either mid or late May. Gov. Steve Sisolak claims that by the third or fourth stages of his reopening plan, casinos will be able to open again. While some casinos in Louisiana and Mississippi have reopened, other states such as New Jersey have no firm date to reopen.

However, even when they get reopened, they still couldn’t be just the way they were before the pandemic. During its first-quarter profit call, Bill Hornbuckle, CEO of MGM Resorts, said the company was opening up properties in phases. Bellagio and New York New York will be the first two casinos in Las Vegas to reopen MGM Resorts. Depending on the demand, there may be another casino opening.

While MGM Resorts does not yet have a reopening health and safety plan, the company will have one in the following weeks. They claim that casino floors must be reconfigured to allow proper separation. That will mean that fewer table games and machines will be available compared to before COVID 19 As a result, even after the casinos are open, gambling profits will be much lower.