A legislative study committee has recommended that Indiana legalize wagering on sports at casinos within the state. Indiana currently has 13 casinos, in addition to horse track wagering facilities which would also be considered for sports gaming licenses. This follows the 2018 ruling by the United States Supreme Court that states could legalize betting on college and professional sports if they choose. Prior to the Supreme Court ruling, Nevada was the only state to legally accept sports wagers. Following the ruling, Delaware, Mississippi, New Jersey, New Mexico, and West Virginia have seized the opportunity to generate additional revenue. 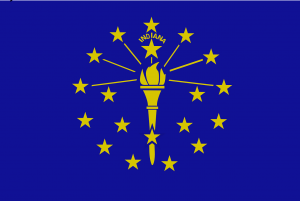 A study performed by Eilers and Krejcik Gaming was conducted to determine the precise impact legalized sports gambling would have on Indiana. They estimate that within five years the total money wagered on sports within the state would exceed $250 million. They predict this would result in nearly $40 million annual revenue to the state. Revenue would not be the only benefit as it would create over 2,000 new jobs.

How Did This Happen?

The study was completed per the request of the Indiana Gaming Commission. The director of the IGC, Sara Tait, according to Fox 59 told the legislative committee that “(sports gambling) is something that has been regulated (elsewhere) for years, so we’re not going to have to reinvent the wheel.”

In addition to the state’s gaming commission, legalize sports betting also has political support. State Representative Ben Smaltz of Auburn takes the position that wagering on sports falls into the same category as the currently legal casino games and machines. State Representative Jim Lucas of Seymour is pursuing a “freedom agenda” for citizens’ rights regarding firearms, marijuana, and gambling. He stated to Fox 59, “I think if Indiana has enough intelligent people working towards this, we can put something together that works for Hoosiers.”

State Senator Ron Alting of Lafayette expects to see a proposal in early 2020. Alting is chairman of the Public Policy Committee whose jurisdiction includes gambling. In support of a sports gambling bill, he told Fox 59, “You definitely need to dot your I’s and cross your T’s on this. We don’t want to have ‘a’ bill. We want to have the best bill.”

Governor Eric Holcomb recently approved permission for Majestic Star casinos to relocate. They are currently in Gary, Indiana, on riverboats docked in Lake Michigan looking to move as gaming expands. This is important as 5 of Indiana’s 13 casinos share that Northwest Indiana location. Moving the casinos to land would benefit the Indiana gaming industry in addition to opening up the harbor for alternative industry such as shipping. All Indiana gambling had previously been restricted to riverboats since 1993.

Despite such widespread support, there are concerns legalizing sports gambling within the state. Betting sports would be legalized on mobile devices, not just in person at casinos. People under the legal gambling age of 21 are quite adept at utilizing modern technology and might be tempted to place bets from their phones. The gaming industry already has precautions in place to prevent such activity such as password checks and video verification. An additional measure being considered is that mobile gambling accounts must be opened within a casino. An adult of legal gambling age would be required to provide photo identification along with a banking card in person to open the mobile account. Betting on horse races is already legal in Indiana on mobile devices.

Mobile gambling is a critical aspect of the equation. Research shows most gamblers are younger than the average casino patron. It also shows that they have more disposable income and more willing to risk it wagering via the internet. Indiana has already legalized sports gambling via mobile devices beginning September 1st and appears likely to allow it within casinos in the near future.