Is Legal Gambling Coming to Nebraska?

Could a historically conservative state be the next to legalize betting? It’s not unlikely. Right now, petitions are making their way around Nebraska to put gambling legalization on the 2020 ballot. While a similar push came as recently as 2016 — and garnered only 120,000 signatures of the 450,000 required — new developments in the Nebraskan gambling world give proponents new opportunities to gather support.

3 Petitions. Half a Million Signatures. $120 Million on the Line 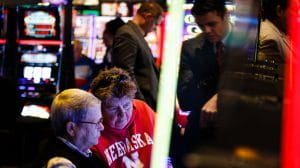 The biggest initial hurdle for the state’s 2020 gambling referendum? Three different petitions. The most major is the one that would call for an amendment to Nebraska’s constitution, which needs around 120,000 signatures. To put that into perspective, that’s about 10 percent of registered voters. And what’s already a big ask is compounded by two more petitions, both of which address specific laws that would accompany gambling legalization.

The initiative is being spearheaded by Keep the Money in Nebraska, an organization that’s working to both collect signatures and raise awareness about the issue. To learn more about them or to get involved, visit their Facebook page, as their website houses limited information.

As it stands, Nebraskans are unable to play casino games outside of Indian casinos, all of which are clustered in the eastern-most part of the state.

However, Nebraska does have horse tracks where legal betting takes place, and a recent law just allowed for historical horse racing machines. As the name suggests, they use past data on horse races to determine the outcomes of digitized racings visitors to the race track can enjoy. While the random payouts are rewarded differently, a historical horse racing machine is objectively similar to a Slot machine.

Why Some Nebraskans Support Legal Gambling

Keep the Money in Nebraska’s defining principle is the fact that Nebraskans spend a half a billion dollars every year gambling at casinos in neighbouring states. Instead of placing bets at home, they’re traveling to Colorado, Iowa, Kansas, Missouri, and South Dakota.

Through legalization, KETV of Omaha has reported that the potential in-state revenue is $120 million per year.

Moreover, Keep the Money in Nebraska wants to put 70 percent of the gaming tax into property tax relief, a popular concept with bipartisan support.

The idea that residents of the state are actively traveling and pumping tax dollars into external communities is a strong rallying cry. States across the country have done the same, and more will surely follow suit. When cold, hard numbers exist, the argument makes itself.

You Can Legally Gamble in (Some Parts of) Nebraska

You can gamble legally in four different Indian casinos within the state of Nebraska. You can also travel to a suburb of Omaha, NE that’s located in Iowa. It’s called Prairie Flower Casino, and being sued by both the state of Nebraska and the state of Iowa. The former because gambling is other illegal in Omaha, and the latter because of its proximity to established Iowa casinos.

This is a foreboding note for Keep the Money in Nebraska and its supporters. If an operating casino is having trouble batting away opponents of gambling, the petitions may be an even steeper hill to climb than they already are.

Only time will tell. The folks at Keep the Money in Nebraska have time and support on their side. But they’re up against odds that would make a casino blush. Gamblers in Nebraska can rest assured, however, that the trend nationwide is creeping toward legalization. And if it doesn’t happen in 2020, there’s always 2024.