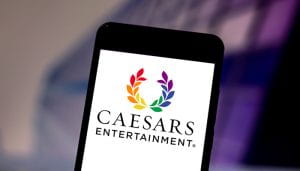 LeoVegas signed an agreement with Caesars Entertainment to start the LeoVegas brand in New Jersey. It is the company’s first subsidiary in the United States. The company will set up its tech platform to provide a premium gaming experience. LeoVegas hopes to offer its services in the first six months of 2022.

The Swedish-born gaming operator LeoVegas announced an agreement with Caesars Entertainment, through which it will be able to offer online casino games in New Jersey.

This action will mean the entry of the company of the “King of the Casino” in the US market. The release will come through LeoVegas’ technical platform, Rhino. A platform that has been modified to be accepted by New Jersey regulators.

The Rhino Platform as a Track

Gustaf Hagman, CEO of the LeoVegas Group, assured that establishing with the Rhino platform is a strategic decision since they already have experience in other markets. It has been proven that having total control over the technology is a significant advantage.

From LeoVegas, they affirm that the agreement will allow them to establish operations in the United States, a country that is being the subject of a real battle to win places among casino and sports betting operators.

Moment of Expansion at LeoVegas

With this association with Caesars, in addition to the increase in revenues and the new study. The company will have gained its space in the United States, intending to conquer the market with the great potential of the moment.

CEO Hagman stated that they are proud to be able to establish themselves in the US and also with a partner like Caesars. Hagman also said that the US market has immense growth potential and that the company’s gaming offering will focus on the player who accesses from their mobile phone.

The operator will have access to the market through a license from one of Caesars’ onshore properties.

The state of New Jersey has a population of approximately nine million and was one of the first states in the US to legalize online gambling in 2018. Today, the New Jersey online gambling market is the largest in the USA, with revenues of more than US $ 1 billion in 2020. In the state, more than twenty brands offer online casinos, and the gambling tax is equivalent to 17.5% of the gross income of the game.

Responsible for various iGaming websites, including the main website LeoVegas.com as well as 21.co.uk, BetUK.com, Bingos.co.uk, RoyalPanda.com, and SlotBoss.co.uk and operates GoGoCasino.com and LiveCasino.com online domains available to Finnish users, have announced 2020 as another record year for the company, with a strong closure in the fourth quarter and a report for fiscal 2020.

According to the earnings report on February 11, 2021, LeoVegas posted a 25% increase in Adjusted EBITDA for the whole year of 2020, while operating cash flow increased by almost 90%. Continuous customer growth, which reached a record 24%, resulted in an organic 14% increase in the company’s sales. Adjusted EBITDA also increased 25% to € 11.5 million in the last quarter.