The Racecourse Association a.k.a. RCA is still in the discussions with the British Government’s ERP to bring back the audience to the Royal Ascot that should take place on June 15-19. 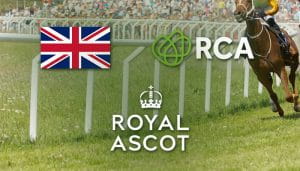 The RCA CEO David Armstrong said that the RCA is still in talks regarding the safety restrictions and the nationwide lockdown due to COVID-19.

The comprehensive COVID-19 prevention actions could put at least four thousand horse racing lovers back on track. However, Racecourse Association and Armstrong hope 10k people can attend Royal Ascot, one of the largest gatherings in the world.

The Government Is Willing to Participate

According to the executive, they are negotiating with the government, as they move into the 2nd phase of the Events Research Programme, what pilots they could successfully deliver. They offered one in May but couldn’t get it to work in time.

“The government is keen for us to take part but whether we do or not will not affect our readiness for crowds to return, so I’m reasonably relaxed about it,” – said Armstrong.

As part of the government’s four-phase plan to easing Britain’s 3rd nationwide lockdown, outdoor sports sites with a capacity of 25% and a capacity of up to 10k operates since 17 May, and from 21 June the restrictions will be eased.

However, the audience was able to come back to some of the test events where on 2 May audience watched the Carabao League Cup final, and the Crucible Theater welcomes one thousand lovers for WSC Snooker.

On 15 May, at least 20k people can take part in the FA Cup final, while the 25k English audience will be able to take part in the national matches as a part of the 2020 European Championship.

Armstrong Stated That They Have to Follow the Safety Measures

Recognizing the disappointment of many racing fans, Armstrong said that the opening of bars and bookmakers raised many queries as to why they were unable to return to the racecourses.

According to Armstrong, he is upset, but he thinks what they said during the competition was that they have to abide by protocols and that these pacts are set by the UK government.

They have to secure the safety zone for the players. They are helpful persons necessary for the development of sports.

He also said he could notice where the disappointment originate because they can walk down the street and have a beer with friends in a bar, but persons need to understand that what is happening with the races is imposed on them by the UK government and they need to pursue it. If racecourses could do some alterations in how it looks different, but that is exactly what they need to do.

The expectation of E-Vaccination certification has already been considered by sports federations to ensure the secure come back of audience stadiums, as well as the Rugby Football League (RFL), England and Wales Cricket Board (ECB), the FA, Rugby Football Union (RFU), English Football League (EFL), and the Premier League.