Can you imagine your lottery winning ticket to get lost in the mail? Despite that, you might think that happens only in the movies, but it also happened in real life in Florida. To be more précised, it happened to a woman whose certified mail containing a $1,000 ticket was lost to the U.S. Postal Service. On top of that, the Florida Lottery said that her reward was forfeited and awarded to someone else. 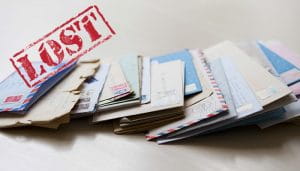 As claims offices closed or restricted their in-person visits at the start of the pandemic, lotteries urged players to trust and opt for a mail-in alternative to win a prize. It doesn’t look promising for Sue Burgess, who is trapped in the unfortunate and impossible circumstances that many players fear.

After hearing that she has won a lottery ticket, Burgess’s happiness disappeared when the Lottery told her that she was going to lose her prize despite having the ticket postmarked by the reward claim deadline. Instead, her winnings are going to go to another player.

This Is the Reason Why People Choose Physical Ticket

That is why the majority of players choose to stick with the physical ticket to collect their winnings because even though it was sent by certified mail, the USPS did not send the ticket to the Lottery office in the Tallahassee area and lost track of the shipment.

When Burgess thought of applying for a win, the Lottery advised her that she could send the tickets by mail or deliver them manually to a drop box. After it won the Second Chance drawing on July 29, all the claim centers were closed.

She decided to send the ticket through the United States. Postal Service certified mail that it is safe to leave it in a drop-down box. The ticket did not hit it until before stopping in the post office at the Tallahassee for good, according to tracking details on this box. The latest activity indicates that it arrived on August 12 at 7.12 am.

“Because the Lottery did not receive Ms. Burgess’ ticket within the seven-day claim period, an alternate winner was selected and paid. However, if Ms. Burgess’ package arrives at Florida Lottery Headquarters with a date stamp before the original expiration date, our Claims Processing department will process and pay her claim,” – responded the Lottery.

USPS Offered Only a Generic Apology

While a valid winning ticket must be provided to the office so that a player can collect a prize, the lottery said that the situation is unique and that it is not very versatile as the postage service is not responsible for errors.

Unlike most other sports, the Lottery allows players in Second Chance to register ticket details and contact information. You’ll also owe players a week to submit their winning ticket — an extremely short time compared to the popular six months deadline for submitting entries for other lottery games in the state.

The Lottery first reached Burgess by phone, but she did not pick up the phone. She managed to reach her via email, but Burgess didn’t have much time to submit the ticket already. She decided to get the ticket postmarked by the deadline as it was required – something that turned out to be a wrong decision.

USPS accepted the guilt for losing the ticket and offered an apology that seemed to be quite generic.