The Maryland Senate voted 45-0 Wednesday in favor of the latest bill to allow bets on professional and college sports at the six state casinos, horse racing tracks and possibly at either a restored Redskins stadium or a new neighboring stadium. 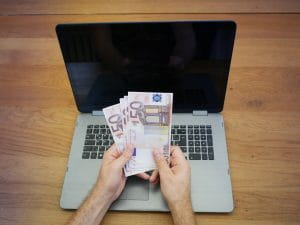 When the General Assembly passes the bill currently going to the Senate, residents will have the final say in a referendum in November.

They will be asked the following question: “Do you favor the expansion of commercial gaming in the State of Maryland to authorize sports and event betting for the primary purpose of raising revenue for education?”

The Redskins at the moment play in the outskirts of the nation’s capital, in Landover, Maryland.

According to State experts, sports betting could collect around $20 million a year for state education. Democrats who dominate the legislature have been debating tax proposals to help pay for a far-reaching curriculum plan to reform schools which are estimated to cost billions of dollars in the following 10 years.

Betting on horse racing grounds, including Pimlico Race Course, home to the Preakness Stakes in Baltimore, Laurel Park, and the Maryland State Fair, will be permitted in addition to the State’s casinos.

Sports Betting Legalization in Maryland May Happen in 2021

If voters support sports betting regulation, Maryland will make its first legal sports bet by 2021. If you are interested in more information, you can check our page dedicated tо Online Gambling in Maryland.

According to The Baltimore Sun, one of the changes proposed by the House Tuesday night will ensure minorities and women are included in the licensing process. A disparity study will be requested, and the findings will be used by lawmakers to determine who receives smartphone and in-person sports betting licenses. Late Tuesday, the House approved amended law 129-3. The Senate’s first bill passed unanimously on March 10, 47-0.

It also involved betting at the NFL’s new or expanded Washington Redskins stadium, which is years out. Other items in the Senate bill included a tax rate of 20% (which is higher than some states) and college sports betting, including games involving Maryland schools.

In addition, some tax money will go to the Trust Fund for Education, which helps pay for public education.

While Maryland has had casino gaming for years, when it comes to sports betting, it has slipped behind nearby Pennsylvania, West Virginia, and Delaware. Given Virginia currently allowing sports betting and gambling through the regular session and Washington, D.C., poised to phase out sports betting, Maryland’s urgency to enact laws this year is now greater.

The General Assembly of Maryland was initially set to close on April 6. However, this week it rushed to approve the state budget and key legislation so it can postpone to Wednesday due to the current situation with COVID-19.