For the Michigan gambling investors, the long wait came to an end on Friday, 13th December, after the state’s Senate approved the laws regulating online betting activities on mobile phones. House Bill 4916 received immense support, with only three representatives voting against it. The Bill legalizes all online games such as Blackjack, Poker, Slots and Casino games. Michigan State has one of the largest Native American population who owns a large proportion of the gambling sector. 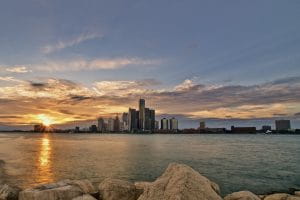 The process of legislation was ‘a tiring rusty journey through rugged terrain’ as the Republican representative Brandt Iden puts it.

The bill was first proposed by the House Republican Brandt Iden, who also sponsored House Bills 4926, 4927, and 4928. According to Brandt, the former Michigan Governor Rick Snyder was the main stumbling block in the process of legislation. Governor Snyder was against the Bills and vetoed them as soon as Brandt presented them in 2018.

Iden was overwhelmed by disappointment in the Governor since the bills had bipartisan support. It wasn’t until a year later when the Regulatory Reform committee chipped in with approval for Bill 4916 dubbed the Lawful Sports Betting Act.

The New law comes with some new opportunities for investors in the Michigan state. For gamblers, the state revenue tax on betting has been reduced from 8.75% to 8.4%.

The Casino owners, 23 of 26 being native Americans, are the most favored by the new bill. The bill immensely reduces the application and renewal fees for casino ownership. For the application fee, investors will be charged $50,000, and an additional $100, 000 for the license as well as an annual renewal fee of $50,000.

According to the incumbent Michigan Governor Gretchen Whitmer, the legalization of online gambling in the state might have dire consequences on the online Lottery, which is one of the leading revenue generators for the state.

To prevent this, the Senate passed Bill-HB4311, which checks the dominance growth of the online gambling sector.

The new bill, HB4311, raises the tax rate for online gaming companies to a minimum of 20% for companies with gross annual revenue between $4-$11 million and below. Companies whose income is above $12 million in revenue will be charged a tax rate of 28%. Slot games have a 40% rate since they are very similar to online lottery.

On the brighter side, deduction on online gaming will not go beyond 10% of gross revenue for the first three years. The deduction will gradually reduce to 6% and 4% in the 4th and 5th years, respectively. From the 6th year onwards, there will be no deductions from the gross revenue.

Furthermore, the majority of the revenue from the gambling sector will be channeled to the Michigan School Aid. Additionally, an annual $2 million will be slated for the First Responder Presumed Coverage Fund, which supports Firefighters who have cancer.

Raketech Has a New CEO

Oskar Muhlbach is the new CEO of Rakatech, according to the report released on 11th December. Muhlbach has been serving as Raketech COO since April and now takes the mantle as the company’s CEO.

The chairman of the Board at Rakatech had immense praise for Muhlbach, “Oskar has a clear vision of how Raketech will develop towards becoming a global partner to players in the online gaming industry.

“With his excellent skills in the company’s core business, I am confident we will ensure the right balance between organic development and expansion.”

“As we now step into a new phase in the company’s development, I am convinced he is the right person to execute on our strategy and lead the company through the challenges we and the entire industry experienced in 2019.”

Muhlbach is believed to be experienced enough to handle the company’s turmoil in the Swedish market.