Pike County Sheriff Charles Reader has been was charged with several crimes committed to support his gambling habit. Among the 16 felony and misdemeanor charges are theft, tampering with evidence, tampering with records, conflict of interest, and securing writings by deception back on June 28th. He was initially suspended on July 30th and the Ohio Supreme Court confirmed the suspension on September 3rd. Retired Piketon police chief Jim Nelson was appointed interim sheriff in his place. 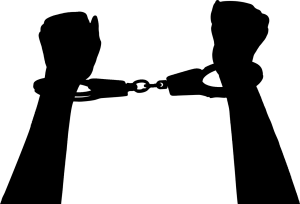 Sheriff Reader conceded to investigators that he occasionally gambled when he had trouble sleeping but denies stealing any money to support his gambling habit. On December 13th of 2018 an Ohio auditor’s office raided Reader’s office to search for stolen money which had been submitted as evidence in other crimes. The following day his defense lawyer, James Boulger, scheduled a meeting with the investigators and presented them with 14 bags of cash. Documents obtained by the Columbus dispatch claim Boulger, “Advised none of the envelopes had been tampered with or altered in any manner.”

The Ohio Auditor’s office received an anonymous tip from a hotline alleging Reader had committed police misconduct. Investigators conducted research and found that Reader had lost approximately $17,000 gambling the past three years. The data also indicated his gambling was becoming progressively worse. He lost about $600 in 2016, $5,500 in 2017, and $11,000 in 2018. When the search warrant was executed, he tried to get sympathy from the investigators by telling them that his wife was threatening to divorce him due to his gambling addiction.

He also tried using a murder case which he investigated to rationalize his gambling problem. The Rhoden family murders occurred in April of 2016. Eight members of the Rhoden family were killed by four members of the Wagner family. George “Billy” Wager, Angela Wagner, George Wagner IV, and Edward “Jake” Wagner were all charged with the crime. Their convictions are now in jeopardy due to the police misconduct by one of the investigating officers.

Sheriff Reader began asking, and receiving loans from coworkers which ranged from $500 to $2,500. Additionally, there was suspicious activity related to evidence from crimes which caused reason for concern. Reader had a safe under his desk which contained evidence from drug-related crimes. He also instructed subordinates within his department to had all cash seized from crimes be handed over directly to him.

Captain James Burchett was one of the officers in Reader’s department with a contradictory version of events. He flat-out told investigators that an envelope containing over $6,000 was sealed differently than when he sealed it. Upon seeing the bills inside the envelope, Burchett claims they appeared differently, and the documents acquired by the Columbus Dispatch quote Burchett as saying, “That is not the money I counted guys.”

Reader Even Took An Impounded Vehicle

Sheriff Reader even used the vehicle impound improperly to support his habit. In August of 2017 an impounded 2013 Nissan Versa was going up for auction. Reader ordered Cpl. Adam Ball to compromise the appearance of the vehicle by making it appear dirty and unappealing prior to the auction. He then had an accomplice purchase the vehicle for only $2,000. Reader later posted pictures of the car on Facebook and sold it for $5,500.