The parents of a guy who committed suicide due to his gambling addiction believe that the government wouldn’t be satisfied to hear what killed a happy 24-year-old person.

The Government lawyers and the gaming regulator managed to reassure a coroner that in the course of a 15-minute cursory inquiry without addressing state shortcomings, Jack Ritchie’s death from Sheffield could be dealt with. 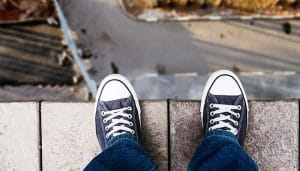 However, the senior coroner of Sheffield, David Urpeth on Friday agreed to carry out a thorough investigation for the two weeks next February.

The investigation will explore how Ritchie decided to jump from a building in Vietnam in November 2017 where he was working as an English teacher. Additionally, it will explore whether he was warned about all the risks of gambling in the UK and how the government is dealing with people who are having that kind of issue.

Moreover, the investigation will also examine what psychiatric care Ritchie got in the UK as he has become a gambling addiction at the age of 17. Unfortunately, it will not investigate any potential flaws in the governmental regulator, the Gaming Commission which is frustrating for his parents Charles and Liz Ritchie.

The couple is convinced that UK authorities’ inability to deal with gambling problems has led to their son’s death and their charity. Fighting against this, they also founded a charity organization called Gambling with Lives.

On the hearing that happened a few days ago in Sheffield, Urpeth insisted that the goal was not to investigate whether the Gambling Commission was doing its job correctly or the 2005 Gambling Act. However, he understood the desire of Ritchie’s parents to raise awareness of gambling addiction.

Liz Ritchie, the mother of the victim mentioned that they find it frustrating that the government aims to restrict the inquest.

Moreover, Charles Ritchie, Liz’s husband and father of the victim, explained that he found out about his son’s gambling addiction when he was 18. Therefore, to prevent his son from gambling, he decided to take him to every betting store in Sheffield to sign that he wants to get excluded from the program.

Nevertheless, his addiction went online, and he wasted his student grant at a virtual casino almost immediately when he arrived in Hull for his first term at university. His parents bought software during their Christmas holidays which prevented him from accessing gambling sites, but it expired a year later.

The UK Gambling Industry Is Facing Some Restrictions

The representative of the Gambling Commission, Philip Colvin QC, attempted to convince the coroner to discuss the connection between the gambling industry and suicide.

He compared it with the alcohol industry, with alcohol being the direct cause of more than 7,600 deaths per year in the UK.

“Such deaths were tragic, but it couldn’t be suggested that a coroner should look at alcohol pricing, licensing and advertising”- he said.

Many people around the UK are struggling with gambling addiction and in order to prevent and protect them, the government has recently put some heavy restrictions on this industry.