The Ban Will Start on April 14

The UK Government-run Gambling Commission said that it will be prohibited accepting credit cards from consumers placing bets. The prohibition would extend towards all forms of gambling, with the exception of National Lottery tickets, which were sold in supermarkets and the commission noted and would be too difficult for retailers to distinguish. The ban will officially start on April 14. 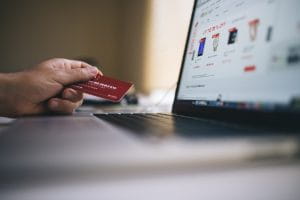 The initiative to enforce the prohibition resulted from two separate government reports on the industry’s online gaming and social responsibility.

In fact, 24 million people are gambling in Britain, according to the Gambling Commission, with data from thinktank U.K. Finance that indicates that in 2018 around 800,000 British people used credit cards to play.

“Credit card gambling can lead to significant financial harm. The ban that we have announced today should minimize the risks of harm to consumers from gambling with money they do not have. Research shows that 22% of online gamblers using credit cards are problem gamblers, with even more suffering some form of gambling harm,” – shared the CEO of the Gambling Commission, Neil McArthur.

He also explained that there are customers who have accrued tens of thousands of pounds in debt by gambling because of the availability of credit cards. Also, there is an indication that credit card charges increase the problem as customers may try to chase losses to a greater degree.

The Ban Should Promote Healthier Gambling

Brigid Simmonds, chairman of the industry body Betting and Gaming Council — which represents 90 percent of the UK’s gambling sector — said in an emailed statement that the group was committed to delivering healthier gambling.

Simmonds added that they will implement a prohibition of credit cards as it adds measures in terms of age-verification, markers of harm and affordability checks, additional funding for research, education and treatment and new codes of conduct with a purpose to protect the consumer.

During 2018 and 2019, UK gambling industry sales stood at £ 14.4 billion ($18.7 billion), according to statistics from the Gambling Commission. Denise Coates, the chief executive, and operator of online betting company Bet365, who took home a $422 million paycheck, was the UK’s highest-earning CEO in 2019.

This data seems to have caused some concerned between the U.K. lawmakers that decided to take a step in order to prevent more people to get addicted to betting and gambling. The lawmakers came to the realization that having credit cards on disposal made addicts a lot easier to continue gambling or betting and losing more and more money.

Therefore, the UK government finally decided to ban the usage of credit cards when placing bets or gambling as they believe that this would help to reduce gambling addiction within the country. The government faced the fact that 24 million people in their country are gambling while in a report from 2018 the government discovered that over 800,000 people were actually relying on their credit cards when gambling and wagering. Unfortunately, this caused many people to get into debt just for the sole purpose to ‘finance’ their own gambling addiction.