The following players are trending as being added in fantasy basketball leagues across many formats for February of 2020: 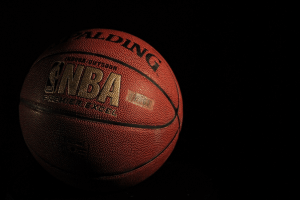 Daniel House is the most popular add for February. He started for the Rockets against the Mavericks on January 31st and played 38 minutes. Just two games prior against the Jazz, House contributed 21 points and 11 rebounds.

The Rockets play an up-tempo game and attempt a ton of three-point shots. Clint Capella of the Rockets is currently nursing an injury and House is the beneficiary in terms of more minutes on the court. Capella is expected to miss several more games giving House increased value the next couple of weeks and likely for the month as he continues to play well. House has seen at least 25 minutes of action in the Rockets’ last eight games.

Dewayne Dedmon is currently battling a flu virus but that shouldn’t scare anyone from adding him. Kings center Marvin Bagley will be out with a foot injury for at least the next three weeks meaning that Dedmon will be getting those minutes on the floor.

He’s played over 30 minutes in two recent games and contributed double-doubles in both games. He had 11 points and 11 rebounds against the Los Angeles Clippers and 13 points with 10 rebounds against the Detroit Pistons. While he may not be an elite talent, his playing time, size, and opportunities will yield valuable fantasy contributions.

Shabazz Napier’s playing time and production are both trending upward. In the Timberwolves most recent game against the Los Angeles Clippers he played a season-high 34 minutes contributing 11 points, 10 assists, and 4 rebounds. On January 25th against the Oklahoma City Thunder he stuffed the stat sheet with a triple-double of 10 points, 10 rebounds, 13 assists, and 2 steals.

Napier is also eligible to play either guard position in many fantasy leagues such as Yahoo. Also, he shoots 84 percent from the free throw line making him a nice addition to lineups in leagues where free throw percentage is a team category.

With All-Star Luka Doncic injured, the Mavs reserve guards are seeing more action on the court and more chances to pile up fantasy points. Jalen Brunson is taking full advantage with the opportunity. In the Mavs latest game against the Atlanta Hawks he exploded for 27 points, 8 assists, and 4 rebounds. During the first 4 games Doncic was injured, Brunson averaged a very impressive 13 points, 9 assists, 4 rebounds and 30 minutes of playing time per game.

The Denver Nuggets have been decimated by injuries of late but Jerami Grant has done his part to pick up the slack. He’s been contributing at both ends of the floor and blocked a season-high 7 shots against the Utah Jazz on January 30th.

He’s playing heavy minutes, over 32 in 7 of the Nuggets last 8 games. All that time on the floor is translating into valuable offensive fantasy production. Over the last two weeks, Grant is averaging 17 points, 5 rebounds, and 2 assists in addition to contributing 1.6 blocks and 1.4 steals at the defensive end.