The Greed of Young Had No Limits

Bradley Young, 23, of Silvester Road, Waterlooville, confessed abusing of trust at A D Williams Coachworks in Emsworth while working as a purchase ledger. 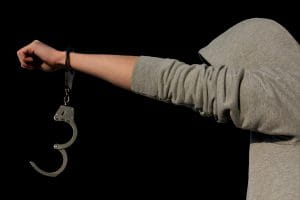 Yet following the activity involving 26 transactions conducted between April 2016 and November 2017 over a prolonged period of time, Young did not go to jail. Portsmouth Crown Court heard how the greed of Young had no limits as he even used bank accounts from those nearest to him to move money which even led in them facing jail before being exonerated.

The company started doubting in their employee after Young was captured on CCTV at Waterlooville service stations making illegal petrol purchases on a company credit card worth £1,600 for himself and people close to him. Young handed in his notice after being questioned by the managers about the payments before being kicked out of the building.

The investigation continued and more crimes were revealed. “There were suspicious invoices raised amounting to £41,220 with 20 transactions being fraudulent. Invoices to existing clients for services not provided or made up customers were invoiced. Instead of using details on the system, banking details were changed to different banks” – shared prosecutor Martyn Booth.

Moreover, Booth explained that Young was exposed as bank accounts where money was paid in linked back to him, such as his best friend and mother. Thus, all of those who were suspects were arrested before they were exonerated.

Young even used their security information to take advantage of a friend from work before approving payments leading to skepticism about her actions. Yet she was cleared of any misdemeanors as back then she was on holiday. Because I was on holiday it could not have been me,’ she said.

Young was detained by police in January 2018, when he was questioned about illegal purchases, but he was also attempting to push someone to blame. In terms of this case, Booth commented that although he admitted to having been responsible for 10-12 of them, he did not accept being guilty of the others and tried to blame other people and even said he had not used his colleagues’ login details.

One more thing that made Young even more suspicious is his rich lifestyle despite the fact that he was not earning much. Booth said that the criminal was driving around in cars like Mercedes and Audi sport with personalized registration numbers.

The company later re-gained the stolen money, which counts £42,820, by their insurance.

Young Was Struggling from a Gambling Addiction

However, Young was defended by Edward Hollingsworth who explained that Young has done all of that as a result of his gambling addiction.

Recorder Hannah Wilcox did not send Young to jail despite that she blamed him for abusing his position of trust. Considering that he had no previous crimes and is keen to repay the money and have taken positive steps to address your offending by attending counseling for gambling, Young was given 12 months prison suspended for 18 months.

Additionally, Young was told to make 80 hours of unpaid work and a confiscation order was also made.