The Man Insists The Shop Assistant Threw His Ticket Away

A Sydney man’s law case over an unclaimed $3.3 million Lotto prize was rejected by a judge who was not happy that he had ever purchased a ticket. David Owen Renshaw sued NSW Lotteries over the undelivered September 1997 Oz Lotto win tickets, which are equal to one-third of the first division draw. 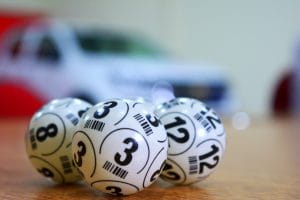 Renshaw, who represented himself without an attorney, brought an appeal against the NSW Supreme Court in 2016. The retired man told the judge that he purchased a ticket from Greenfield Park and presented it to the Granville Train Station after the draw. As he gave his ticket to the news department, he said he saw the words “provisional winner” coming up.

The Sydney man insists that the shop assistant tossed the ticket in the trash, did not accept that he had won, and declined to retrieve the ticket and even locked the doors of his office. All of the plaintiff’s accounts of having presented his ticket are highly implausible on the face of them. The variations from one purported recollection to the next exacerbate their unreliability”- stated judge Fagan.

Renshaw’s argument that he was a “provisional winner” was tied up with his conflicting accounts of the altercation with the agent as he tossed his ticket. Judge Fagan was not pleased that Mr. Renshaw had purchased every ticket in the draw, especially not with the winning one.

He pointed to evidence demonstrating that the winning ticket had not been purchased at Greenfield Park on the date and timeline of Renshaw’s claiming. The judge even stated that the man’s story is fantastic and unbelievable.

The Judge Thinks His Story Is Unbelivable

Making reference to Renshaw’s irresponsible prosecution of this unreasonable argument, Judge Fagan said that he would cover part of the litigation expenses of the NSW Lotteries. The retiree had previously declined an attempt to resolve the dispute on the grounds that Lotteries would not impose an expense penalty if he had stopped the lawsuit.

The judge explained that not only have the proceedings been prosecuted by the man without any reasonable evidence, but they also have been made by him wastefully and inefficiently. This is not the first case of a man claiming that he has won the lottery, over the years over 50 people have made similar claiming that they have had the winning ticket.

Despite the many forms of gaming and sports betting which are already available online, many people still stick to the lottery. Speaking of it, the Lott, which is the home of Australia’s official lotteries, has promised to donate AU$1 million to COVID 19 vaccine research in order to accelerate the Australian research and help the research center create a vaccine quicker than the stated deadline.

COVID 19 was declared a pandemic by the World Health Organization on March 11 as over 1 million from all over the world have been infected by this new coronavirus which originally appeared in the city of Wuhan, China. Different research centers from different parts of the world are giving their best efforts to create a vaccine and put an end to this pandemic.