The scheduled opening of Virgin Hotels in Las Vegas next month is again delayed as COVID-19 cases in Nevada continue to rise.

This is the second time Virgin Hotels has postponed the opening of a future hotel and casino on the Las Vegas Strip, according to the Las Vegas Review-Journal. Previously, the hotel was expected to open in the fall, then the date was postponed to January 15. 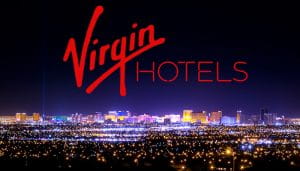 The new deferral was announced Friday in a statement by Richard Bosworth, president, and CEO of JC Hospitality, the parent company of Virgin Hotels Las Vegas.

This decision was based on current market conditions for the pandemic. Bosworth said in a statement that, “While the entire JC Hospitality team is more than happy to introduce a new casino to the tourists and locals, the protection and wellness of our customers, associates, and team members remains our primary focus.”

After the outbreak and feasible extra health restrictions from Governor Steve Sisolak, the actual opening date for Virgin Hotels Las Vegas stay uncertain. In a statement on Friday, Bosworth said the statement of the opening date was “coming soon.”

The Virgin hotels are currently undergoing renovations. The organization says the program will continue to run despite the pandemic.

Given the slowdown in Las Vegas caused by the coronavirus, the Virgin Hotels opening is seen as a positive moment for the city’s hospitality and gaming sectors.

In addition, some facilities in Las Vegas will be closed during the week due to conditions related to the pandemic. Last month, Sisolak set a three-week maximum occupancy of 25% for bars, restaurants, and casinos.

Long before the pandemic broke in August 2019, developers announced that the former Hard Rock Hotel & Casino would be closed for about 8 months from February 2020 as renovations are underway at the Las Vegas hotel.

It was originally planned that Hard Rock / Virgin Las Vegas would remain partially open during the conversion. However, the developers later realized that this was not a viable choice and the renovation would have been postponed.

In March 2018, Bosworth purchased the complex with Richard Branson and Juniper Capital Partners for $ 500 million. They are also spending an additional $ 200 million converting the 1,504-room hotel to the Virgin Hotels brand.

Will the New Hotel Be Very Expensive?

When it finally opens, it will have a 60,000 square-foot casino. Mohegan Gaming will operate this. There is also a 4500-seat music and entertainment theater. Other attractions include a 5-acre swimming pool complex with an open waterfront and 12 restaurants.

There were warnings about upcoming hotel room prices earlier this year. In September, a Casino.org social media poster titled “Danglingdave” thought the renovated hotel would be “beautiful,” but also “super expensive.” Quite the opposite of what a tourist wants in Las Vegas.