White-label companies faced possible regulatory inspection as the UK Gambling Commission (UKGC) has forced FSB to pay a fine of £600,000 following liability violations associated with the operation of its subsidiary licensed partners found by the regulator.

While conducting an investigation, the UKGC found that FSB white label partners had infringed industry norms in relation to consumer engagement, AML defects, misleading ads, procedures of self-exclusion, and the failure to deal with gambling issues. 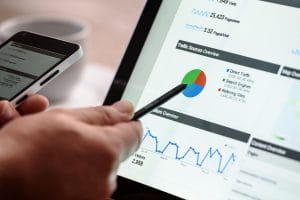 As the license holder, the UKGC underlined that FSB oversees its partner activities and operations extensively. The UKGC has informed technology firms, in its statement, that they must uphold standards and recognize third-party partners that do not conform to UK online gambling requirements.

In September 2019 the UKGC was compelled to investigate FSB following its sudden recognition of the deceased Blacktype white label partner. In 2020 both the UKGC and DCMS announced that a technology review should be a prominent element of the government’s 2005 Gambling Act study. Meanwhile, MPs lambasted UK white-labels for giving GambleAware a meager of £50.

Wadson Said Operators Should Take a Close Look of This Case

The UKGC described the resolution of FSB as part of the latest national policy to reduce problem gambling. The UKGC has clarified that the resolution of the FSB would be geared to raising problem gambling as part of its latest national strategy. The commission has also set additional requirements for the FSB license to ensure that its third-party suppliers are subject to risk-based due diligence.

UKGC Executive Director, Richard Watson explained that operators should actually take a close look at this case because it indicates that according to them all licensees are fully responsible for third party relationships and that they will take measures against any licensee that does not act accordingly. On the other hand, FSB in an official statement responded that after an investigation by the regulator, FSB reached an agreement with the UKGC that there were established areas where compliance did not meet regulatory standards.

Furthermore, in the official statement of FSB was standing that: “Following the investigation, FSB implemented a series of significant improvements to AML, customer interactions, safer gambling, and due diligence processes. As a result of these changes, FSB is able to meet the high standards set by the UK Gambling Commission across all areas of the business.”

Lately, the UKGC has taken very strict measures and changed some regulations in an attempt to promote responsible gambling in the UK. The idea is to protect the consumers from possible gambling addiction especially in a situation of the pandemic when people are “forced” to stay at home.

Despite that casinos have been shut down, consumers are now more than ever exposed to the dangers of online gambling. To prevent that and protect them the UKGC recently fined two operators that did not promote responsible gambling on their websites. In addition, they also banned using credit cards for gambling purposes in order to avoid people spending more on gambling than they can afford to.