William Hill Cuts Off 119 of Its Betting Shops

One of the major betting companies in the UK, William Hill, has announced that 119 of its High Street outlets will not be reopened. This significant change in their expectations is that their customers will not be as many as they used to be before the pandemic. 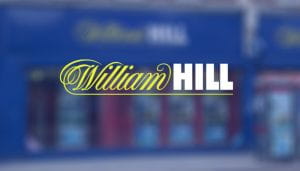 This change will affect 300 people. However, most of them had been redeployed elsewhere. In fact, only 20 people will not be transferred. The company, which has 1500 betting shops in the UK, has mentioned that trading recovery has gone in the right direction after the lockdown due to COVID-19. Moreover, William Hill is now repaying £24.5 million of UK furlough funds. The company reported pre-tax profits of £141 million for the first half of this year. This is surprising as last year. The company reported a loss of £63 million.

However, its sales dropped to £554 million by a third as a result of the lockdown. With so many sporting activities canceled, there were fewer activities to punt on. The company said trading before the pandemic was solid. When the lockdown came in, it said it had “effectively” managed expenses, and it was now recovering well.

“We anticipate that longer-term retail footfall will not return to pre-COVID levels and 119 [UK] shops will remain closed following early lease breaks, with the majority of colleagues redeployed within the estate,” – was written in the company’s statement.

William Hill Expects to Expand in the US

William Hill’s influence on the High Street and in the city centers had already receded. Last year it said it reduced 700 shops from £100 to £2 after new rules significantly cut a stake in fixed-odds betting terminals-gaming machines housed in shops.

William Hill expects to start to expand in the United States, where there will be new opportunities as previously stringent regulations on gambling loosen in some of the states.

Ulrik Begtsson, the company’s CEO, has stated that he is delighted with William Hill’s performance during this period. According to him, their team has been very supportive of each other and with their customers. He took the opportunity to thank them for their efforts.

Begtsson also added that the furlough scheme is much welcomed as it means that they could protect the jobs of 7000 UK people involved in retail. Therefore, as they recovery post-lockdown is going well, the company has decided to repay the furlough funds.

William Hill is not the only company being affected by the pandemic. In fact, the majority of the gambling sector has been tremendously affected by the lockdown, which occurred after the World Health Organization declared the virus pandemic in March.

The gambling industry also demanded the government’s support to cope with the losses and protect the jobs in everyone involved in this sector. On a positive note, the industry is starting to reopen and recover from the lockdown slowly, however, the future seems uncertain as COVID 19 is still very much present in the country.