Despite being the least technologically advanced state in the country and having barely 1 million residents, Montana seems to be willing to legalize sports betting sooner than advanced and bigger states like Texas, California, and Florida. 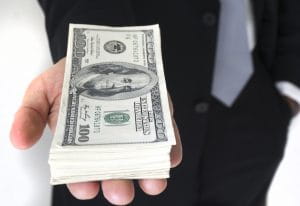 The state’s Lottery Commission signed the first draft of sports betting rules on November 21 in Helena while it officially will be published on December 6. Furthermore, the lottery will start the application process to potential operators that want to be present in Montana’s market.

Montana has legalized sports betting since the bill was signed by Governor Steve Bullock on May 6, 2019, but Montana Lottery Commission just announced the set of rules that should be followed in order sports betting to go live as soon as possible.

“We’ve been working hard since May to create and build Sports Bet Montana.” – said Angela Wong, a director of Montana’s Lottery Commission.

Individuals Could Exclude Themselves From Sports Betting

Nevertheless, sports betting lovers in Montana are not happy that the law dictates that bets can only be made in venues with specific alcohol licenses. Furthermore, players will be able to set deposits, spending, and time limits on their accounts as part of these sports betting laws which aim to promote responsible gambling.

On top of that, there is also a list where individuals could sign their names if they want to exclude themselves completely from being able to create an online betting account for sports. Bettors should also be older than 18 or at least at that age to be allowed to place the bet. In addition, Montana is looking forward to raising the tax revenue and use it to improve the technology, educational system, and science learning.

For those not familiar with the topic, the Supreme Court in 2018 decided to remove the decades-long federal ban on sports betting and gave the states the possibility to decide by themselves whether to legalize sports betting or not individually.

Montana Was the First to Legalize Sports Betting in 2019

Montana was the first state in 2019 to legalize sports betting, however, it still hasn’t opened the possibility of placing the bets online. Many people consider that this is not a very solid idea and that it would make an impact on the potential revenue of the state. This belief is based on the fact that mobile betting in New Jersey makes 80 percent of the total handle in the state in months to the point that it became a rival of Nevada when it comes to sports betting revenue.

However, that’s not the only issue that Montana is facing. The state is also dealing with a lack of competition and a slow-moving process. In fact, it even missed the NFL and college football seasons in September and left the product launch for the next season.

Regardless of that situation, the state of Montana is already taking steps forward regarding sports betting as opposed to some even more advanced states like the previously mentioned, California and Florida.

The sports betting lovers from Montana seem to be particularly happy over Montana’s desire to allow them to place sports bets without crossing the border of their state.