Reports early Wednesday the 22nd of April 2020 had it that the Parliamentary All-Party Betting & Gaming Group (APBGG) has begun a review of the UK’s Gambling Act of 2005. The review is said to be aimed at establishing the changes that may be needed to ensure that the existing laws are relevant to the technical and social developments in the gambling sector in the UK. 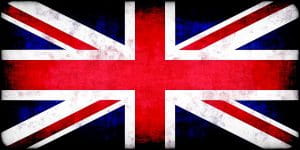 The APBGG will be taking evidence in written form from all interested stakeholders and thereafter hold a series of meetings with experts from different sections of the industry and supporting organizations. The series of meetings will be held with the objective of preparing the ground for the government’s upcoming review of the legislation.

Due to the current lockdown measures in the UK as a result of the Covid-19 pandemic, the review will take place via online platforms. Stakeholders will be invited to take part in an online survey and thereafter submit their written submissions on the APBGG website.

The reports further indicate that an initial four webinar sessions will see a panel of the party’s members interrogate key witnesses on four topics. The topics include a public health approach to gambling, gambling’s relationship to football, gambling marketing, and whether the 2005 UK gambling act is fit for purpose.

The APBGG confirmed that it is in the process of agreeing dates and seeking speakers. The party also confirmed that it could host further webinars should the initial four sessions prove successful. Findings from the review will be published in a report that will be sent to the Department for Digital, Culture, Media & Sport (DCMS). The report will be part of a planned review of the act.

Completion of the Report

The APBGG affirmed that it plans to complete its review and report by this winter. According to the party’s co-chairman, MP Philip Davies, any review of the 2005 UK Gambling Act should be evidence-based. He also reiterated that the purpose of the sessions was to help the government in their work in regulating the gambling sector. He further claimed that the party wanted to listen to legitimate concerns that people have of the gambling industry and at the same time ensure that the industry gets a fair hearing.

“I am determined that we shall listen to a wide range of views and make evidence-based recommendations which will ensure we enhance our global reputation as having the best-regulated gambling industry in the world,” remarked Mr. Davies, the party co-chair.

The announcement by the APBGG came a day after the DCMS wrote to online gambling regulators demanding regular updates on players’ behavior patterns during this Covid-19 pandemic. Bet365, GVC Holdings, William Hill, Flutter Entertainment, and The Stars Group-owned Sky Betting & Gaming as well as an industry trade body, the Betting, and Gaming Council, have been directed to provide internal data around the gambling habits of their clients under lockdown.