The Man Has Won $1 Million from Wednesday’s Gold Lotto

Despite that the world at the moment is facing one of the biggest pandemics in the history of humankind, winning a lottery is still something everyone would be happy about. An Australia man from Mitchelton had the chance to experience the joy himself. 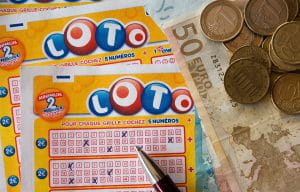 However, the funny story is that the man from Mitchelton confessed that if officials had not called him he had no idea that Wednesday’s Gold Lotto won $1 million, announcing that he normally lifts his tickets into a drawer and never looked back at them.

The man won a national winning entry in the two divisions on Lotto draw 396 from April 15 and won a one-price bonus of $1 million.

He Did Not Picked Up the Phone Initially

Nevertheless, after officers from the Lott urgently tried to contact him to deliver the exciting news, this hardworking man eventually answered the phone just a few days ago.  Players register their entries with a player card, so their reward is protected and they can earn their prize.

The lucky winner, who decided to remain anonymous, explained that he wasn’t able to answer the calls initially due to some work-related reasons.

“God I never even check my tickets. I just throw them in the drawer and think that if I ever did win, one of you guys would let me know. It’s certainly a surprise! I have been playing these same numbers for twenty-odd years” – stated him.

He also added that he has chosen the numbers randomly and that they don’t have any special meaning for him. “I do like to collect cars, so I think I might buy a few more of them.

When they asked the man what are his plans and how he intends to enjoy his million-dollar windfall, he responded that he already has some great ideas. Despite that he was already rushing to go back to his workplace, the man mentioned that he will most likely make a trip at the end of this year as well as purchase some cars as he said that he is a car collector. However, he added that he is still in shock and he still has to think about how exactly he will spend the money.

The lucky man purchased the ticket from a Nextra Brook News in Mitchelton. Stephen Bird, who is the owner of the store, said he was very excited when he heard that exactly one of his customers turned out to be a lottery winner.

Between 1 January and 31 December 2019, there were 108 winning Gold Lotto entries across Australia on Monday and Wednesday which together earned $106 million. Australia had two divisions and one winning entry was on Monday and Wednesday Lotto draw 3965 – an entry from Queensland and New South Wales. The Lott Group, which is one winner, has now hit 302, of which 78 are Golden Casket customers.

According to the statistics, Monday & Wednesday Gold Lotto and Saturday Gold Lotto has made millionaires out of 203 people all around Australia last year.