Tuesday the 5th of May 2020 saw Greek gaming and lotteries giant Intralot announce a net loss of €111.9m from continuing operations. The business describes this as a “transition year” as it has seen significant falls in both group turnover and growth revenue. According to the report, while the amounts wagered through Intralot’s platforms, brands grew by 21% year-on-year to €18.3bn. The reported consolidated revenue went down by 8.1% and was €720.6m for the calendar year. 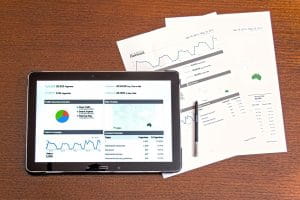 The company attributed the revenue misfortunes to declines from its licensed operations (B2C) and management (B2B/B2G) reporting segments. This was mitigated in part by an increase in revenue from its technology and support services (B2B/B2G) division. Turnover from licensed operations declined by 9.9% to €442.8m and this, reported Intralot, was attributed predominantly to the poor performance of the Eurofootball sportsbook brand in Bulgaria. Argentinian operations, on the other hand, were impacted by foreign exchange market fluctuations which resulted in a €9.0m decline in turnover though the market’s contribution would have been boosted by 22.7% year-over-year in local currency. Intralot’s management division saw a steeper decline in turnover falling by 23% to €69.5m. This is said to be largely as a result of the company’s weaker performance in Turkey. Early 2019 saw Intralot’s joint venture with Inteltek lose a contract to power the national Iddaa sports betting monopoly to a Scientific Games-backed consortium. This also saw the end of contracts in Morocco and Russia. Bilyoner, the sports betting sales agency in Turkey, saw its market share decline. The revised commercial terms in the wake of the Iddaa contract loss contributed to an overall €16.0m decline in Turkish turnover. Moroccan turnover, on the other hand, went down by 11.3% due to a decline in numerical game sales and the discontinuation of a contract with Société de gestion de la loterie nationale marocaine (SGLN).

Gross gaming revenue, calculated as turnover minus payout, went down by 6% year-over-year to €409.1m with the biggest decline reported for licensed (B2C) operations. The gross revenue for licensed operations declined y 7.4% to €128.6m while management and technology (B2B) operations’ contribution fell 5.2% to €280.5m. During the year, Intralot carried out large-scale restructuring of the business’ product portfolio as well as divesting stakes in a host of different assets. This, the company says, is what it largely attributes to the decline in revenues but it is confident that they will see a turn around in fortunes in the near future.