Here are the best daily fantasy quarterback options for week 16 of the NFL season: 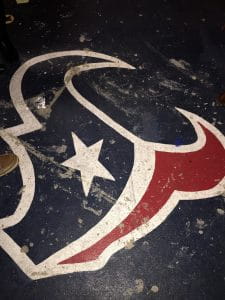 Russell Wilson has been an elite fantasy option all season as he’s led the Seahawks to first place in the conference with an 11-3 record. Last week against the Carolina Panthers he threw for 286 yards and two touchdowns with no interceptions. In week 16, Wilson provides the ultimate matchup as an elite quarterback facing a defense that struggles to stop the pass. The Seahawks will be facing the Arizona Cardinals who have allowed more fantasy points to quarterbacks than any team in the NFL this season.

Wilson has two additional factors on his side in this matchup. It will be a home game for Seattle where they almost always play well. On top of that Arizona waived veteran pass rusher Terrell Suggs prior to the game. Suggs was still productive for Arizona with 5.5 sacks on the season, but the Cardinals have been eliminated from contention, so they waived the 37 year-old Suggs giving the veteran an opportunity to sign with a playoff team.

Lamar Jackson is currently all NFL players in votes for the Pro Bowl and he’s all but clinched the NFL MVP award. In standard fantasy leagues, he’s topped 40 points twice since November 25th. In week 15, Jackson put on a show against the New York Jets throwing for over 200 yards and five touchdowns without throwing an interception. His ball security has been immaculate as he’s only thrown one interception since October 13th.

In week 16, Jackson will be facing the Cleveland Browns. The Browns entered the season with high expectations but have failed to deliver and have been eliminated from playoff contention. Additionally, the Browns best player, pass rusher Myles Garrett has been suspended for the remainder of the season for bashing Pittsburgh Steelers’ quarterback Mason Rudolph in the head with his own helmet. The absence of Garrett makes this an even more appealing matchup for Jackson.

The Houston Texans are in a battle for the AFC North Division title along with the Tennessee Titans. Having something to play for this time of year adds value to players from a fantasy perspective. The Texans’ opponent in week 16, the Tampa Bay Buccaneers have virtually nothing to play for and will likely sit their best player Mike Evans for the remainder of the season to avoid further wear and tear on his body.

The Buccaneers have been very good defending the run this season but not so great against the pass. They’ve allowed the 7th-most fantasy points to quarterbacks. If Tampa Bay allowed big passing days when they were putting for maximum effort, they should allow even bigger points to Watson with nothing at stake.

The reigning NFL MVP hasn’t matched the output of 2018, but he’s still been very good. In week 16, he’ll be facing the Chicago Bears. The Bears were eliminated from playoff contention in week 15 and have placed some key defensive players on injured reserve. At full strength with incentive to perform the Chicago has a very good defense, but with reserve players taking the field in addition to their recent elimination from contention, they are unlikely to perform at a high level.