In April of 2020, the UK Gambling Commission (UKGC) imposed the world’s highest fine when it fined Caesars Entertainment a historic £13 million (USD 18.2 million). Yet the UK’s gambling authority wasn’t done yet. 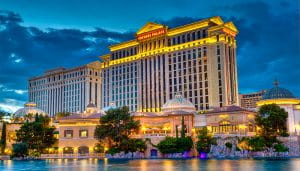 Several CEOs with Personal Management License (PML) licenses have been subject to disciplinary action as a part of the pending inquiry into Caesars. According to a statement released by the UKGC, seven PML licensees issued license alerts, two received behavior letters, and three PML licensees relinquished their rights to participate in gaming activities.

Moreover, 18 other PML members got a letter advising them about how to develop their business policies.

“All personal license holders should be aware that they will be held accountable, where appropriate, for the regulatory failings within the operators they manage,” noted Richard Watson, UKGC Executive Director.

More About Caesar’s Scandal from April 2020

In England, Caesars has seven casinos. The Empire Casino in Leicester Square, London, is the biggest. There are 130 slot machines and 50 table games in the 20,400 square foot gaming area.

Caesars UK admitted the record UKGC fine in April 2020, following an inquiry revealed that the casino developer had failures due to their system.

Caesars enabled a gambling addict to bet £820,000 and lose £240,000 without checking the customer’s source of funds, according to the commission. Another VIP, who had a reputation for being a high-risk gambler, lost £795,000. Caesars did not inquire about the individual’s income or funding sources.

The UKGC has discovered that a woman who claimed to be a waitress was allowed to wager £87,000 despite Caesars questioning her large bankroll.

In terms of the money laundering scandal, Caesars allegedly permitted a customer to pass £3.5 million through its casinos without investigating the finances’ source and movement.

Three senior Caesars executives lost their personal licenses last year as a consequence of the investigation.

MP John Whittingdale was recently declared the new leader of the investigation. The investigation was launched last fall by the UK Department for Digital, Culture, Media, and Sport (DCMS). Whittingdale is a founder of the DCMS, and his previous advocacy for the gambling industry has been criticized.

Neil McArthur, CEO of UKGC back in a day stated that the case was very serious because customer safety should always come first for every company and Caesar simply did not take that seriously and failed in putting their customers first.

Regardless of how popular gambling is in the UK, the government always strives to improve the industry in terms of safety and protect those who are vulnerable to gambling. They strive to establish a culture where companies will care enough to protect their customer’s from their own addiction to gambling instead of taking advantage of their weaknesses.