Flutter Signs $ 4.18 Billion Contracts to Own 95% Stake in Fanduel

Flutter announced that the option was exercised earlier than expected and 37.2% of the Fastball shares were bought with cash and stock. The deal values FanDuel at $ 11.2 billion. 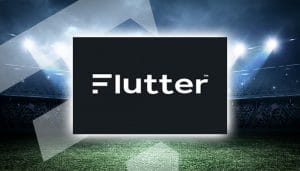 Flutter Entertainment closed a $ 4.18 billion (£ 3.12 billion) deal on Thursday to secure control of much of FanDuel, increase its stake in the company to 95% and gain a stake in the company. Closed the fastball interest on the online sports wager platform FOX Bet. The agreement values FanDuel at $ 11.2 billion.

Flutter said that it exercised the option earlier than expected and bought 37.2% of Fastball with a combination of cash and stock. The contract also leaves the door open for Fox Corporation’s US stake in FOX Sports to acquire 18.5% in FanDuel next July. Upon completion of the deal, Fastball will own 7% of Flutter. Boyd Interactive Gaming will keep an additional 5% in FanDuel.

Lachlan Murdoch stated that keeping their stake in Flutter represents the long-term dedication to Flutter and their ongoing confidence in the leadership’s ability to thrive in the face of growing opportunities in the US. According to him, the FOX audience is deeply committed to free gambling and gambling content and we are thrilled to bring them access to the top US brands on Flutter.

Peter Jackson CEO of Flutter said it will increase $ 1.48 B in capital to partially finance the purchase. In July 2021, they will provide Fox the chance to get a stake in the company at fair market value. They will continue to offer them this option and will also discuss to see if they are engaged in continuing or not. According to Jackson the before filing the flutter entertainment fox owned 2.6% of Flutter.

The Flutter also noted the deal will ease the position of FOX Bet, where Fastball became interested in merging Flutter with Canadian group The Stars in 2019, set up one of the best and largest online gambling and bookmaking companies in the world.

Jackson said during a discussion that they are growing their existence in the United States at a time when the rule of sports gambling and online gaming is increasing. They also acquired a share at a price that was significant compared to our own estimate of the essential rate of the transaction.

Flutter Aims to Conquer the US Market

Flutter schemes to pay off the stake by pooling $ 2.09 B in cash and issuing about 11.7 M shares directly to Fastball.

By the end of 2021, Flutter hopes its online sports wager goods to be accessible in states with a third of the US population. The United States has considered the next fastest-growing sports betting market, with several countries emerging from transatlantic partnerships based on European experiences, such as Caesars Entertainment’s acquisition of William Hill in the UK as part of a deal announced on September $ 3.9 billion.