For failing to protect problem gamblers and stop money laundering las year, UK gambling firms paid a record £19.6m in penalties. Online casino operator Daub Alderney, made up more than a third of the total with a £7.1 million fine. They also run a number of sites including kitty bingo and lucky pants bingo. 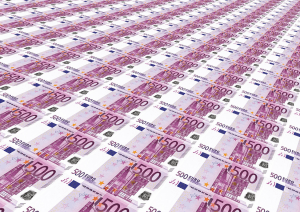 Recently renamed Flutter Entertainment previously known as Paddy Power Betfair received a fine of £2.2 million. Repeated examples of customers being allowed to gamble significant sums of money in short time frames had been found by the Gambling Commission.

The Treasury received £13m of the penalties

The industry’s £14.5 billion of profits last year makes the total amount of fines levied amount to just 0.13% of their profits. The Treasury received £13m of the penalties, with the rest going to compensate consumers and others who have been affected by the firms’ rule-breaking. The total was up from £18.4m last year and £1.7m the year before.

Studies have shown that gambling companies generate a majority of their profits from a relatively small proportion of gamblers prompting campaigners to call for tougher rules to stop people from betting when they have a problem.

Neil McArthur, the Gambling Commission’s chief executive said that he wants gambling consumers in Britain to be able to enjoy the fairest and safest gambling in the world and also gambling operators to work with them to put customer enjoyment and safety at the top of their corporate agenda.

Consumers can register their details to bar themselves from particular types of gambling but there are ways round the system by, for example, changing minor details when signing up for online casinos, or switching to a different type of gambling such as a high street bookmaker.

The commission’s figures show that this system is frequently ineffective. Gambling operators recorded 1.6 million incidents where people had signed up to exclude themselves and 135,700 times when those people had been found to have been allowed to gamble anyway. Figures obtained under Freedom of Information laws show that the commission received 1,797 complaints from individuals about self-exclusion between the start of 2018 and May 2019.

Adam Bradford of the Safer Online Gambling Group described the fines as “loose change” compared to the profits of Britain’s gambling firms. “Addicts are collateral damage for these companies; a point on the balance sheet. This is not a harm prevention report, its a smokescreen. There needs to be a quicker route to revoking licences where harm has been caused. “He said the Gambling Commission was “not fit for purpose”.

“What is it doing to make regulations stronger, to push for extra enforcement powers?” “There have been numerous examples of stolen money, dubious money going into online gambling accounts without any questions asked. “He called for much tougher prevention methods rather than a focus on fines levied after lives had been “turned upside down”.

“These fines are just false economics to me,” he said. “They are coming from profits of companies that are doing wrong. “The NHS announced it will launch its first gambling clinic for children this week. The service aimed exclusively at those aged 13 to 25 comes in response to concerns that young people are being increasingly exposed to gambling advertising. It will open alongside the UK’s only dedicated gambling addiction clinic in London. 14 new NHS treatment centres are set to open across England this year.