Rockstar Games has added a new feature to their immensely popular video game Grand Theft Auto V. A casino has been built in the online city of Los Santos where gamers can purchase chips with real money to gamble with. The casino games offered include Black Jack, Roulette, slot machines, and Three-Card Poker. For those uninterested in gambling, the casino also provides players with new missions to complete. 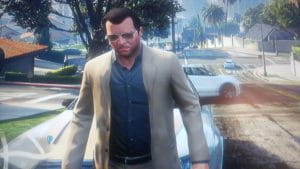 The primary objective of the game is to increase wealth via completing criminal missions such as heists or assassinations. “Wealth” within the game is not in terms of real money as players earn hundreds, thousands, and even millions of dollars in the game’s fake money. However, many players enjoy the game just for the thrills of stealing cars, beating people up, and now gambling in a casino. Once the game’s structured missions and objectives are achieved players often turn to the unstructured activities the game has to offer. This exponentially extends the amount of time a player can enjoy the game and a large part of why it’s such a popular title. Previous editions of Grand Theft Auto, such as San Andreas released in 2004 have included casinos but not with the ability to risk real money.

Players Can Win It, Can’t Cash Out

While online players can now wager with real money they can’t take it home with them to spend in real life. Players who win gambling in the game’s casino can only spend their winnings on content within the game. Proceeds from successful bets can be spent to purchase add-ons, fancy cars, weapons, cosmetic upgrades, or additional casino chips.

Allowing players to withdraw their winnings would equate to actual gambling which is still illegal in addition to consequences. The potential for turning gamers into gamblers could be detrimental to both the game and the players. Players could become gambling addicts pumping their real cash into the game with hopes of earning real money. Gameplay would suffer as more players would prioritize winning real money above completing tasks within the game.

The myth is that playing violent video games leads to committing violence in real life. This has been proven to be false as millions of gamers engage in virtual murder and drug use without replicating those criminal acts in real life. Wagering real money in a video game world differs in that it’s real-life gambling. Besides, many of those who play GTA V are under the legal gambling ages of 18 and 21. It would be difficult to prohibit underage gambling as anyone could be holding the controller. The game is rated for 18+ adults but in many cases that only creates an incentive for those underage to acquire it and play. All of these obstacles make it extremely unlikely that real gambling will be coming to video game consoles any time soon. Also, different states within the U.S. and different countries around the world have varying gambling laws and age restrictions. Perhaps one day they’ll create a virtual security guard within the casino to check identification cards to verify age and location.

GTA V Not The First Game To Involve Real Money

GTA V isn’t the first or only video game franchise where players can spend real money. There are hundreds of games for phones, consoles, and PC which players can invest in upgrades to give them an upper hand on the competition. The soccer game FIFA and the first-person shooter Call of Duty are among the most popular on consoles but mobile games especially rely on selling in-game content to increase revenue. Per medium.com, mobile video games were a $50 billion industry as of 2017 compared to the Hollywood movie industry which had a revenue of $40 billion. 22% of video game revenue comes from players purchasing in-game upgrades, such as casino chips.