ISP as a Weapon Against Illegal Online Betting

The Australian Communications and Media Authority announced that in a short period of time it will start blocking ‘unscrupulous operators’. This was first mentioned in 2017 as part of the gambling reforms under the 2001 Interactive Gambling Act right after ACMA announced that it found illegal offshore betting companies refusing to allow players to withdraw their funds. 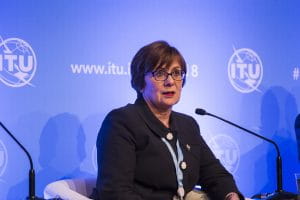 More than 65 have been pulled out of the market since the ACMA began enforcing the new laws to fight these operators. Nevertheless, ACMA now decided to use its authority to compel internet service providers to block unlicensed websites.

According to Nerida O’ Loughlin, ACMA chair, ACMA is targeting the illegal gambling services that they are aware of as a result of the monitoring they are making and the compiles they are receiving from the ‘victim’s, yet they are expecting the list to increase with further investigation. Nerida also explained that to block illegal websites of this kind with the help of ISP would be a great weapon against illegal online gambling. According to her, this is important because these type of websites not only refuse to pay the winning funds, but they also continue to withdraw funds from the customer’s payment card without authorization which is why she encouraged gambling lovers who have funds deposited with an illegal website to withdraw their funds now.

In order to help Australian bettors to find out whether they have been using an illegal website, ACMA has created a register of licensed online wagering services where only legal betting websites are registered.

This topic was also addressed by Communications and Cyber Safety, Paul Fletcher.

“Up to $400 million is spent annually by Australians on illegal gambling websites, accounting for around $100 million in lost tax revenue each year. While ACMA has a range of powers to protect Australians from illegal gambling services – including issuing formal warnings and seeking civil penalty orders – it can be difficult to take direct action against faceless companies with no legal presence on our shores.” – stated him.

In addition, he explained that that is an important partnership with the Communications Alliance and that it has his full support because it will protect Australians from illegal online gambling and create a safer online gambling environment.

Disruption Has an Expiration Date

These new measures encouraged by ACMA will be under section 313 (2) of the Telecommunications Act 1997 where will be detailed in which situation will be made a disruption request for an illegal gambling site.

In fact, disruption requests will only be issued if the involved websites have engaged in serious crime or threats to national security. Moreover, the website will be blocked by Australian internet service providers only if the crimes a disruption request for an illegal gambling site or a financial penalty of at least 120 Commonwealth penalty units.

ACMA has revealed that the reason behind these new strict measures is because they like to promote free and secure internet. Nevertheless, according to these new measures, each disruption request that is filled will eventually expire and the website will be monitored during that period.