Two new compact tribal games, signed by the United Keetoowah Band of Cherokee Indians (UKB) and Kialegee Tribal Town (KTT), have been authorized by the U.S Department of the Interior in Oklahoma. 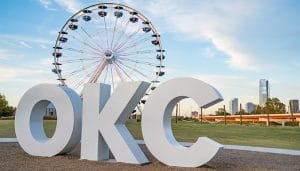 The Governor of Oklahoma Kevin Stitt discussed and approved in July the compacts that allowed games like slots and blackjack for Class III, but did not bet for sport.

The Department of the Interior recognized that the state has acted in good faith in the pact negotiation; the resulting revenues are being directed towards public schools and provide the tribes with additional financial opportunities.

“Oklahoma is ushering in a new era of prosperity, opportunity, and partnership for the State and the Tribes,” – said Governor Stitt.

He also claims that these compacts have a new, fresh solution to the topic of compact state-owned gaming, which is free from fixed model constraints. Joe Bunch, CEO of UKB and Brian Givens of KTT, also praised the government for its efforts to achieve these new agreements.

Tribes Thought That Compacts Signed In 2004 Will Be Automatically Renewed

In KTT Agreement, the slots tax is 12% of gross sales in the first two years, to 13% on revenues of up to USD 300 million, to 14% for revenue of between USD 300 million and $500 million and to 15% for transactions over USD 500 million. KTT has an alternative also in Eastern Oklahoma City.

The two tribes can start working under their terms as soon as the compacts are released in the Federal Register. For Class III games, the previous compact had a 6% tax rating.

The majority of the tribes were persuaded that the Compacts, signed in 2004, should be extended immediately on January 1, 2020. However, Governor Stitt did not think this was the norm, leading to some tribes’ legal actions in which they won the case.

In 2018 the Supreme Court removed the federal ban for sports betting, allowing the states to decide for themselves whether they want to legalize this activity within their borders or not. Oklahoma is still not part of those states that can legally offer sports betting to those people who like to wager on their favorite sports teams. However, it is believed that the state is getting closer to finally legalizing it and enabling native tribes to offer it as part of their compacts.