The election in the United States not only occupied the headlines in recent days but at the election night of 4 November 2020 was the highest traffic day in the history of 21 years according to Oddschecker, a British bookmaker. 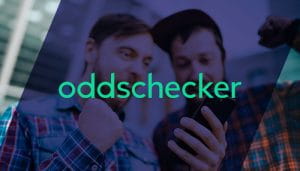 On the night of the election, the affiliate indicated a 19.4% rise in traffic compared to the previous record day of highest traffic – Aintree Grand National, which was April 14, 2018.

Oddschecker’s Guy Harding reflected on the new record, saying “4 November was immense. We had more of an approach to mid-March for traffic, betting, and registration.

“Once again these metrics prove the importance of Odschecker to both the punter and by definition operators alike. We really are the cornerstone to any operator’s marketing mix strategy in the UK,” – stated Harding.

There has also not been any confirmation from the presidential election between Donald Trump and Joe Biden. As compared to 2016, US 2020 interests are 119% above Hillary Clinton’s level of interest from 3 to 4 November 2020 compared with 8-9 November 2016.

According to Oddschecker, the increased involvement reflects the apparent concern in the referendum and continuing polling by the public in the UK. Oddschecker claims the chances are a crucial predictor of the course of the results.

Smarkets Says Trump Had Hit His Lowest Selling Price of 1.34

Moreover, Smarkets, another betting platform in the UK, only 2 days after the election has released a ‘post-election day alert’ on current US 2020 trends, as US swing states begin to count mail-in ballots to end a divisive presidential contest.

Both pre-election polls were trashed by a night of high drama, when US 2020 opted not to follow any planned template, instead of placing electorate and punter nerves on a knife-edge.

It was a long night from the moment the first East Coast ballots closed while President Donald Trump and the GOP retained their lead inside the major battlegrounds of Florida, North Carolina, and Georgia.

Smarkets announced that Trump had hit his lowest selling price of 1.34 (80% probability of victory) on the night, exceeding all polling forecasts as the market turned on rival Joe Biden with his prospects of drifting to 4.6.

Smarkets estimates that Trump ended the night as a 3.1 favorite as US states closed election night counting, moving to continue to count millions of mail-in and absentee ballots.

However, the next day, Smarkets noticed the reversal of the US 2020 market as Biden reported a large weighting on mail-in votes across all swing states. This has brought Biden the winning position and finally, he officially became president-elect of the United States.

Despite the fact that the current president Trump is still in denial and has stated that “the Democrats have stolen the election” and therefore, he will take the case to the court, it indeed has been an exciting weekend for people who have wagered on the US presidential election 2020.