According to a recent poll, over half of the British people are in favor of a total ban on gambling-related advertising. Activists are urging the UK government to revise gambling rules to minimize the advertising. 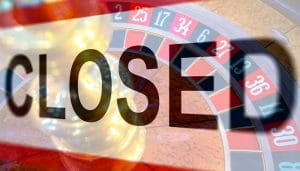 The majority of the population is in favor of a total ban on advertising, while three-quarters believe the limitations should be stricter than now, according to a nationwide poll.

Most people who responded to the YouGov poll want a complete prohibition on gambling ads on Internet, TV, social media, and radio. Royal Society for Public Health UK encourages the government to strict actions about gambling ads. “Parliament and the public are in favor of a total ban on Advertising of Gambling”, Labor MP Caroline Harris said.

About 12000 respondents are in favor of the complete ban, and three-quarters of them are calling for stricter restrictions across the country. The poll showed that 77% public want a ban on betting adverts on TV before 9 pm. Almost 77% of people are in favor of ban ads for online and social media gambling.

The poll is part of a larger public health study by the ASH Smoking Control Group. Only fourteen percent of all respondents were against the ban on gambling. The measure was supported by half of the kids and two-thirds of adults.

The RSPH used the poll as an advantage to encourage the United Kingdom government to revise betting laws and reduce advertising for gambling on all media sources, including social media, radio, and TV.

According to Christina Marriott, betting is a bad habit, and it should be ban to advertise in the same way as tobacco. According to her, ‘a stronger stand’ is required to save cultural and social lives. Betting harms not only people but also societies, jobs, and even families.

Caroline Harris says that the parliament and people fully endorsed the ban. The UK government currently declared that it would prohibit the advertising of junk food on TV and the Internet until 9:00 pm. The government could do the same with betting advertisements.

In the previous year, the BGC welcomed a “whistle ban,” which intended to stop individuals under the age of 18 from viewing advertisements on the Internet. On Twitter, the BGC said youth safety is “key to its mission to improve business standards.”

The United Kingdom betting industry has improved safety over the past year as a result of numerous changes. There are stricter methods of person verification and anti-money laundering exercises from 2020. The British government consumes a lot of money on treatment, awareness, and betting addiction.

The United Kingdom DCMS department recently declared an increase in licensing costs for all betting companies from October 1st. DCMS said that rising fees would assist UKGC in better control the business as it shifts quickly due to technological alteration.