According to Ralph Topping, the former Group CEO of William Hill Plc, the UK gambling industry might sell its safer gambling skills worldwide if the Government were to have a vision for the market.

Topping stated in an interview for SBC Summit Barcelona – Digital that the UK is now a global leader in gaming and that the Government should aim to take advantage of it. 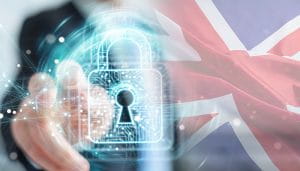 He thinks that bookmakers in the UK are in demand, and therefore, there is a lot to be offered. Topping concluded that the Government should realize that and start looking for prospects and develop that kind of industry; however, according to him, this is not possible because the Government is not putting enough effort.

Topping explained that while there was a powerful government in the time when the 2005 Gambling Act was created, the new Government should also put their part.

Ralph Ropping also added that the gambling groups need a more realistic view rather than relying on what problem has lately been in the papers. He even blamed them for not being capable of saying where they want the industry to end up.

The former Group CEO of William Hill Plc also expressed his view that he wishes that they would work with the industry on where they want to get, whether that is something that they can achieve and decide whether there is “a reasonable way that they wish to see happen in the UK.”

In the interview, he mentioned that there could be a very strong gambling industry in the UK taking a responsible attitude to gamble that at the moment pervades bookmaking in the UK to other places around the world.

One of the measures that are being advocated for is the ban on all advertising around sport and particularly football, but Topping has another view. Provided that he used to be President of the Scottish National Football League, he has a unique viewpoint on betting and football relation.

According to Topping’s opinion, Scotland has always done more football business compared to any other British region, which is why bookmakers sponsored high profile tournaments there. On the other hand, he added that it didn’t make sense for bookmakers to sponsor high profile clubs because that way, creating enemies is easier.

“So I think what bookmaking did for Scottish football was excellent. But the whole issue has been caught up in concern over children getting involved in gambling, but they should have been concerned with children being caught up in lottery betting rather than online or in betting shops. I think there’s much more to be concerned in the lottery than there ever was in betting. ” – stated Topping.

Ralph Topping joined William Hill around 48 years ago as a “Saturday worker” and rapidly progressed to other higher positions within the company. In 1998, Topping played an important role in the company’s internet presence as he was promoted to be its Internet Director after holding retail and regional management positions. He retired in 2014 stepping down from the position of CEO.