UK Government Will Review Gambling Legislation Because Of Money-Laundering Concerns

The UK government has devoted itself to review gambling legislation as some people are concerned that this Industry might be used for illegal things such as money laundering. Popular companies in the UK have been receiving a yield of £11.3 billion in 2018 and 2019, while gambling duties of £3 billion went to the treasury. 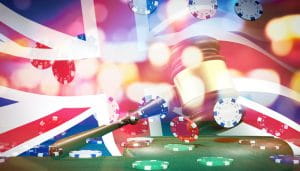 Considering that there has been an increase in licensed gambling by 57% due to online and mobile gaming – the concerns for people’s mental health have also increased. Tory’s former leader lain Duncan Smith has sent a letter to Culture Secretary Oliver Dowden, he urged him not to delay the reform.

Furthermore, the House of Lords’ report published last month warned of addictive 24/7 gambling; the report also mentioned that one problem gambler commits suicide every day while there are even 55.000 problem gamblers not older than the age of 11-16.

Holden Believes There Is a Lack of Transparency in the Industry

This raised concern in Richard Holden, a North West Durham Conservative MP, as, according to him, there is a lack of transparency in the Industry. He added that the real problem was because many companies are based abroad even though they are registered in the UK, which is why it is challenging to stay in track with their operations.

“We can find out how people have been busted for drugs and things like that but it seems to be impossible to get these stats for gambling. What we can’t have is a small scale review. This needs to be looking at the entirety of the 2005 Gambling Act. It needs to be looking at online, casinos and bookies and it needs to be considering advertising as well,” – said Holden.

His concern is that people might commit a crime or fall into debts due to their gambling addictions. That is why he is pushing for a more in-depth review rather than “a cursory glance over it.”

The UK has an estimated 395,000 problem gamblers, which is why raising awareness needs to be taken seriously.

The NHS has devoted itself to increase the coverage of services for people who struggle with problem gambling. By 2023-2024, around 15 clinics specializing in problem gambling are expected to be opened all around the country.

Gambling Commission Responded That They Are Devoted To Decreasing Gambling Harm

The Swansea East Labour MP, Caroline Harris, explained that at the start of 2020, gambling companies were making people sign up for betting accounts to watch live football, which ultimately led to an increase in harm cases.

She added that gambling harm is a big issue in the UK while the government isn’t taking any action against it.